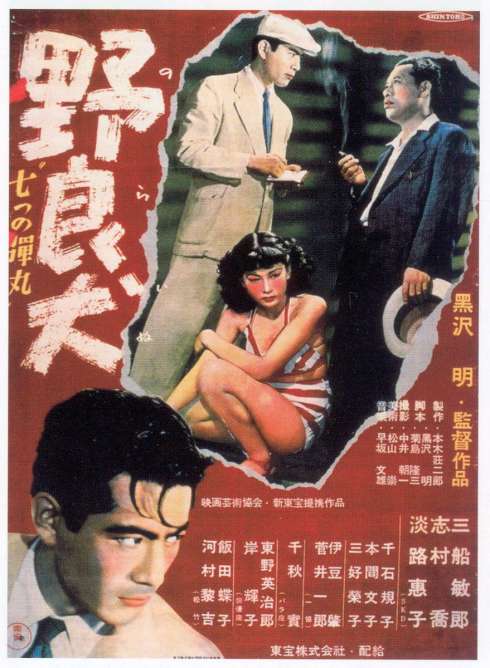 A work of Japanese Noir from iconic Japanese director Kurosawa, “Stray Dog” (1949) gets by on good looks, swagger, and heart. Featuring a slinking pace, the film’s cadence is ultimately trumped by its ability to be beautifully gritty and enveloping, just like summer.

Set in the depths of summer in Post-World War II Tokyo, the film follows detective Murakami as he seeks to recover his stolen gun (pickpocketed on a swelteringly hot bus).  What he finds is himself slipping deeper and deeper into the world of the desperate kid, the Stray Dog, who committed the crime.   The world of Stray Dog is a world of desperation and ruin, a world ravished by bombs and economic turmoil.  Post War Japan is also a world in the midst of social upheaval: a world of seersucker suits and silk kimonos, with the ways of the West ever encroaching on Japanese tradition.  This is the perfect movie for a quiet summer night in which thunder rings out ominously… the sort of night in which we pray for rain to release us from oppressive heat.  But, don’t forget the Tempura & Sweet Tea (trust me on that one). 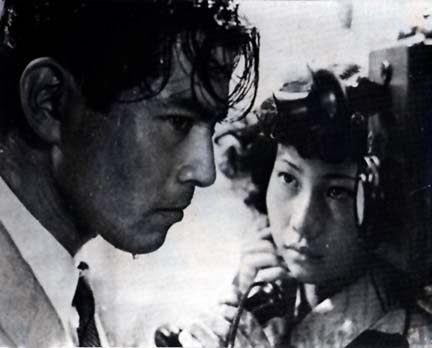 i love the transportive powers of sound. i am a radio host/producer, DJ, Sound designer, 45rpm collector, and art lover living in the city of wind. END_OF_DOCUMENT_TOKEN_TO_BE_REPLACED
This entry was posted on Wednesday, July 8th, 2009 at 12:27 pm and tagged with Cult Movie of the Week, cult movies, film, Film Noir, Japanese Film, Japanese Noir, Kurosawa, Postwar Japan, stray dog and posted in Arts & Culture, Cult Movie of the Week, Film and Television, High Culture. You can follow any responses to this entry through the RSS 2.0 feed.
« WBMX…and the White Sox?
Another Beautiful Struggle »