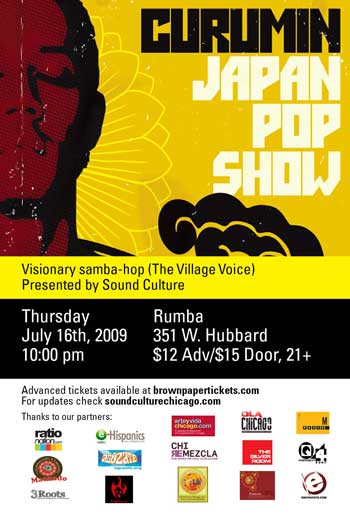 Japan Pop Show (Quannum, 2008) was an album I first really heard in winter. A smart blend of samba and turntablism, with a smattering of funk and soulful hooks, I realized then that Curumin’s sound was built for summer.  According to the New York Daily News: “It’s to Curumin’s credit that he kneaded this thick sonic dough into something not just digestible but delicious.”  I think it’s more akin to a refreshing cocktail than a hunk of dough, but point taken.

A Brazilian of Spanish and Japanese lineage, Curumin performs his signature blend of Samba Soul in Chicago this Thursday.  Check it out.  Jive on.

Click here for “Sambito”, from the album “Japan Pop Show”. 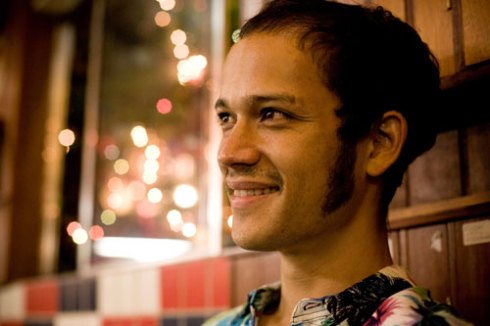 i love the transportive powers of sound. i am a radio host/producer, DJ, Sound designer, 45rpm collector, and art lover living in the city of wind. END_OF_DOCUMENT_TOKEN_TO_BE_REPLACED
This entry was posted on Sunday, July 12th, 2009 at 7:47 pm and tagged with brasil, Brasilian music, Curumin, Events, Japan Pop Show, Music, Rumba, samba and posted in Events, Live Music, Local Chicago Music, Music, Musical Performance, Staged Affairs, the Goodness. You can follow any responses to this entry through the RSS 2.0 feed.
« Stay in My Corner…for a long, long time
Constant Surprises… Little Dragon in Chicago! »