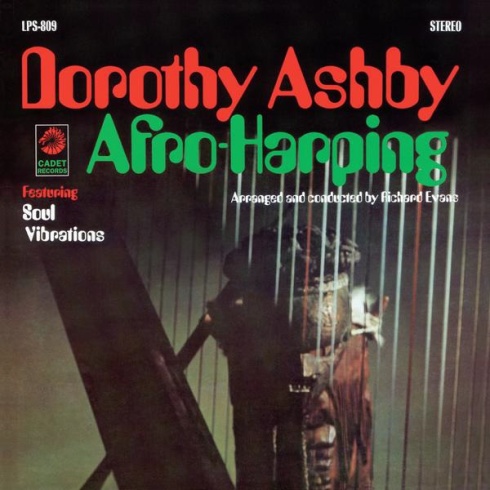 Darkjive has been on Summer Vacation, but always digging deeper… I’ve been really into swinging sixties jazz from Chicago, like “Coming to Atlantis” a hip mover produced by Monk Higgins and credited to Freddie “The Creeper” Robinson (on Lead Guitar).  The Flip of this 45, called “Before Six” is wonderful, as well.

During the late 1960’s, there was, of course, lots of overlap between soul and jazz scenes in Chicago, and many instrumentals charted on Soul-formated radio (like “Burning Spear” by the Soulful Strings [a pet project of Charles Stepney and Richard Evans at Cadet],  and “Soulful Strut” by Young-Holt Unlimited).

Below is from one of my treasured Dorothy Ashby albums (arranged by Richard Evans), “Come Live With Me” (originally featured in the film, Valley of the Dolls).  Many of my favorite cuts, not surprisingly, are not on youtube.   After all, the revolution wasn’t televised.
Jive on.

i love the transportive powers of sound. i am a radio host/producer, DJ, Sound designer, 45rpm collector, and art lover living in the city of wind. END_OF_DOCUMENT_TOKEN_TO_BE_REPLACED
This entry was posted on Tuesday, May 11th, 2010 at 3:12 pm and tagged with Charles Stepney, Chicago Jazz, Chicago Soul, Dorothy Ashby, Freddie Robinson, Jazz, Local Chicago Music, Monk Higgins, Richard Evans and posted in Arts & Culture, Chicago Cultural History, High Culture, Jive Culture, Local Chicago Music, Music, the Goodness. You can follow any responses to this entry through the RSS 2.0 feed.
« Gone Away: a one-two-three chicago-bred punch of soul
Brighter Side of Darkness: a love note. »

One response to “Hip Chicago Jazz with Soul!”