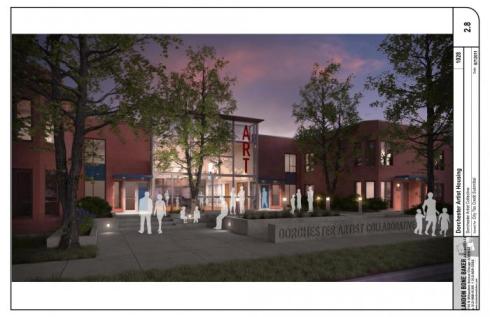 Artist, Urban Planner, and Friend of Darkjive Theaster Gates is at it again. His plan (through the Rebuild Foundation) is to rebuild a CHA residence into a Collaborative Artists/Mixed Income community of 32 units. The preexisting structure is located at 70th Street between Dante and Harper on the South Side of Chicago. That plan the rehab the structure has recently been approved by the CHA, and groundbreaking begins in 2012. Righteous.

According to a recent interview for WBEZ’s Natalie Moore:

“The creative class that Richard Florida talks about [he says their role is to revitalize cities], I don’t think he’s actually talking about some of the folk that we have identified as creative or that live in this space,” Gates said. “It’s true that creatives and people who are interested in creativity and design and architecture have substantial impacts on neighborhoods. But I don’t think they’d necessarily be attracted to living on Dorchester”.

“…Part of what I’m excited about is that there’s a whole segment of the creative class that’s not been asked to be players in city. I’m talking about black artists, artists of color”.

He touches on some issues of inclusion and expansion of what the so-called Creative Class looks and feels like (as well how to harness creative energy for the greater good). Let’s crack the art world wide open… and build up our communities in the process. Word up and jive on!

UPDATE: for more details on the plan, click here. 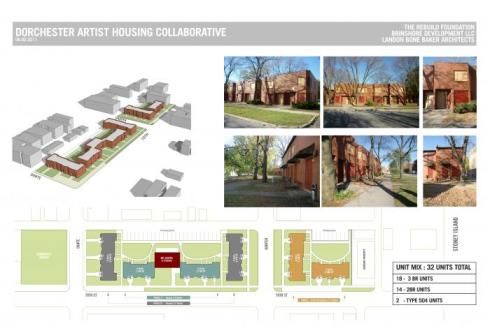 i love the transportive powers of sound. i am a radio host/producer, DJ, Sound designer, 45rpm collector, and art lover living in the city of wind. END_OF_DOCUMENT_TOKEN_TO_BE_REPLACED
This entry was posted on Thursday, October 20th, 2011 at 9:00 am and tagged with Arts, CHA, Chicago Housing Authority, Creative class, Natalie Moore, Rebuild Foundation, richard florida, South Side Chicago, Theaster Gates, urban planning, WBEZ and posted in Arts & Culture, Jive Culture, the Goodness. You can follow any responses to this entry through the RSS 2.0 feed.
« Al-teen Records: Bill Meeks’ little ships of soul
Maria’s Packaged Goods and Community Bar: a Righteous Revamp »