Monk Higgins: The Look of Love 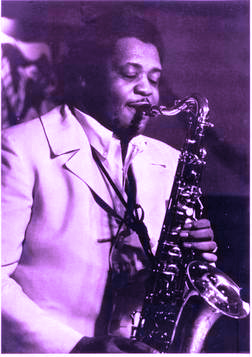 An early Charles Stepney arrangement (who later worked with The Dells, Rotary Connection, and Earth, Wind, & Fire, among others), this record rumbles and slinks along with soul.

I love how the chunky electric keys interplay with the swirling strings, and Monk’s swinging saxophone.

Monk Higgins was born Milton Bland in Arkansas. He was already a staple on the Chicago Scene when he released this cut on Chess in 1968 (just before he went to LA, bringing fellow Chicago Scenesters Freddie Robinson and Mamie Galore for the ride).

UPDATE: For more Lovely versions of this classic composition (and a touch of drama), check the comments of this post.

Localism in Music: the Memphis Edition 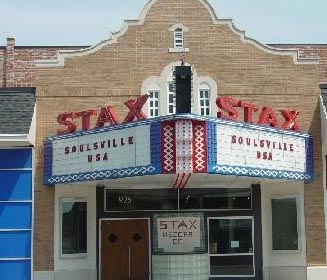 For those of you who feel as though Darkjive is a Chicago anomoly, here’s the Memphis Edition.  Whereas Chicago had Chess and Brunswick as Marquee Soul record labels in the mid-twentieth century, in Memphis, it was Stax and Hi (and their subsidiaries).  Whereas Chess at one time owned WVON, Stax owned WDIA.  I love the Memphis sound almost as much as the Chicago sound for the Horn-driven madness, and the incredible rhythm sections.  But what I love most is the Soul Explosion period in their history.

In 1968, they parted ways with Atlantic Records after realizing that every million seller that they had distributed through the label (from Sam & Dave’s “Soul Man” to Booker T & the MG’s “Green Onions”) was not their property.  According to the contract they signed with Atlantic, their massively successful catalogue was not their own.

So they set about to build an all-new catalogue…. from scratch.  Twenty-Five albums in one year.  The Soul Explosion.  Could they do it?  Of course they could.  And so came Isaac Hayes’ “Walk on By”, Johnnie Taylor’s “Who’s Making Love”, and some of the biggest records the label had Ever seen. Incredibly hip, incredibly real, and reaching to the very frontiers of Soul music as it was then known.

Below is one of my favorite joints of all time, from Stax during that period. Oh, and if you’re ever in Memphis, check out the Stax museum.  So deliciously local!