ReMake Estate is a really cool project going on in Gary (Indiana) in which an abandoned house on 24th and Massachutsetts will be reborn as a meeting space and a community garden.  The project is being organized in conjunction with interested local community groups and Australian-based artists Keg de Souza and Zanny Begg.  The artists (from an Australian Collective called You Are Here) are heavily influenced by the aesthetics of The Wiz (yessssss!), in honor of Gary’s most famous son, Michael Jackson.

In other MJ related news, according to the Gary Post-Tribune, the City of Gary is moving forward with plans to build a Memorial/Museum dedicated to Michael Jackson. Rudy Clay, the Mayor of Gary, was quoted at saying the only thing that could come between the City and the Memorial is “it’s people”. 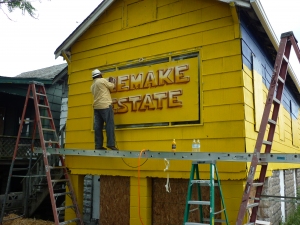 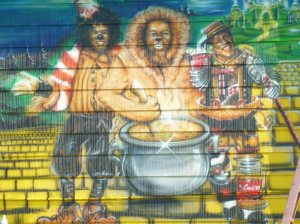 images from the project….