Mark Bradford at the MCA: exercises in community, texture, and collaboration 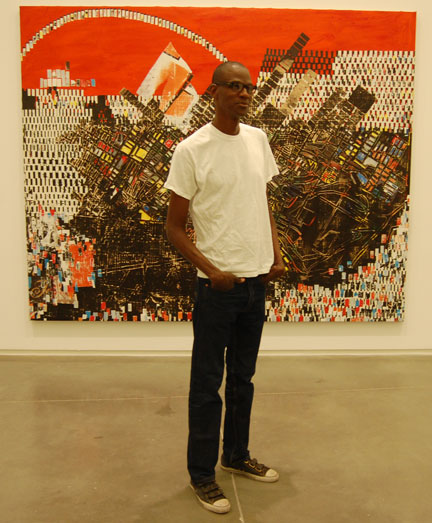 So, I am totally late on this one… which is inexcusable really, because I was at the Opening of the exhibition.  Least I could have done is pub it.  But, alas….

Mark Bradford‘s Exhibition currently on view at Chicago’s Museum of Contemporary Art is a Retrospective that really gives a sense of the artist’s use of layers to establish history and depth in his work.  A number of the pieces displayed (like “Strawberry”, [pictured below]) feature small square wrapping papers (the sort used in beauty parlors to augment rollers) as a medium.  One particular work utilizes sun faded wheatpaste movie posters.  A good measure of his materials are, in fact, well known residents of his neighborhood, and his work whispers of larger community-based issues. Some of his work even echos Topographical maps. 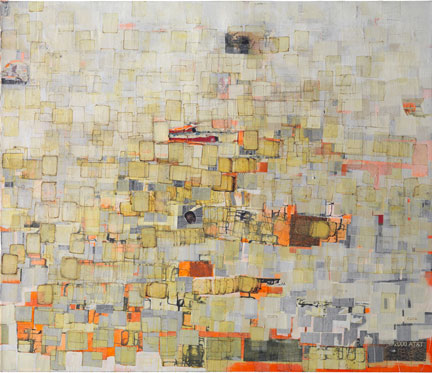 On the Collaborative tip, during this past year, the Artist was Skyping and Zipping back and forth between his homebase of Los Angeles and our fair city working with youth from both Lindblom Math and Science Academy in West Englewood and the YOUMedia Program at the Harold Washington Library culminating in a well received Pop-Up Gallery exhibition of the Students’ work.  The exhibition (a part of the MCA-backed Mark Bradford Project) dealt with issues of community and mapping, while using a variety of mediums.  Many of the students agreed that they learned as much about life as they did about artistic practice from Bradford, who beautifully validated the burgeoning voices of the self-proclaimed “Art Kids”. 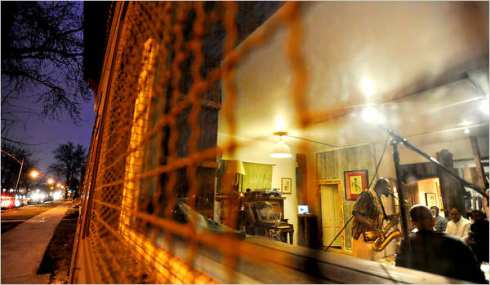 What do you get when you mix a maverick artist with strong community ties and an Urban Planner? For one thing, Theaster Gates. For another, the Dorchester Projects, pictured above. Theaster has been purchasing properties in the Woodlawn/Grand Crossing neighborhood for a few years now, and has quietly acquired the stock of the former Dr. Wax record store as well as the now defunct Prairie Avenue Bookstore (both businesses were revered in their respective collector communities). He created a home for glass lantern slides that depict the canon of Western Fine Art. Using reclaimed materials, he is turning his properties into cultural community hubs, featuring curators and programming that reflects the collections and the community.

In the spirit of full disclosure, I’ll be curating the record collection in May and June of 2011, culminating in a series of talks on Chicago Music History (details to follow) and a couple of good, old-fashioned dance parties starring local-born music.

Read the New York Times article about what’s poppin on the South Side with the Dorchester Projects. 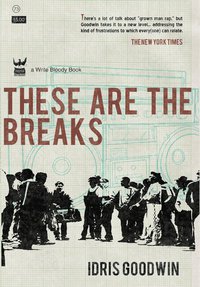 Idris Goodwin is back home to Chicago tonight to celebrate the recent publication of his first book. It’s a collection of prose, poetry, and essays titled THESE ARE THE BREAKS.
These Are The Breaks is the debut collection by NEA award-winning playwright, HBO Def Poet, and critically acclaimed “indie” rapper, Idris Goodwin. Diverse in scope and wickedly satirical, Goodwin’s poetic essays sample race, class, and culture, transcending the page with hip-hop musicality. Goodwin cross-fades past and present, personal and political: Motown’s last vinyl factory juxtaposes against Bronx rap legends battling in open-air arenas; Chicago’s Public School system contrasts against Santa Fe’s tourism industry; an Egyptian child drowns in the Dead Sea as Nat Turner sprints across Death Valley. These Are The Breaks is the literary mixtape of our cacophonous times.

It’s scheduled to hit shelves in March 2011, but he’ll be selling advance copies after the performance.

If you don’t live in Chicago…

If want to secure a copy sooner than later visit www.WriteBloody.com to place a preorder or just contact me www.idrisgoodwin.blogspot. com or if you use a Kindle you can purchase at Amazon.com.
NEW SCHOOL POETICS presents
THESE ARE THE BREAKS – CHICAGO BOOK LAUNCH
Hosted by Poet, Educator ,WBEZ Correspondent Kevin Coval
Featured Performers: Award Winning Playwright/Performer Tanya Saracho & Poet Lamar “the trufe” Jorden, star of the critically acclaimed documentary Louder Than A Bomb
CHICAGO URBAN ARTS SOCIETY
http://www.chicagourbanart society.org/
2229 South Halsted Street
Chicago, IL
$5 donation, students free.  No one turned away
click here for a downloadable preview of the book, slated to hit stores Spring 2010. 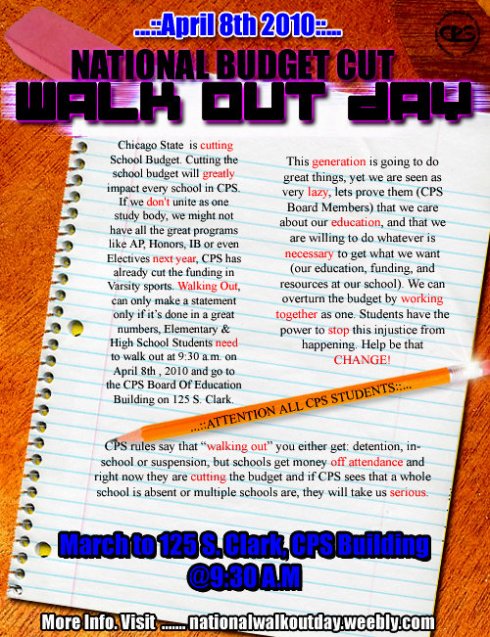 My Teen Talk Radio students tell me that many students at our school (Uplift Community High) are planning on walking out of school on Thursday April 8th at 9:30am to protest proposed CPS (Chicago Public Schools) budget cuts.  Another school involved is Social Justice High School at Little Village/Lawndale High School’s campus (a school I’ve also worked with).

There is a projected deficit of nearly $1 Billion for the FY 2011, and the proposed budget cuts according to an official CPS slideshare presentation (presented March, 15th 2010) includes:

increasing class size (H.S. and elementary) to 37 students (a savings valued at $160 Million)

cut supplemental resources in half  for gifted, magnet, and montessori schools by $22 Million

reduce enrichment and after school programs by $17 Million

Taking into account the deficit, budget cuts certainly must be made; but students wonder how enrichment that supports at-risk students and gives students a chance at post-secondary success (via sports and other after school programs) can be considered for the chopping block.  They are (in their mind) just as, or even more essential than what goes on between the bells.

The budget will not officially be approved by the board until August.

This, of course, opened the door for a classroom discussion about whether such protests still work, and what the pros and cons of such displays are.   Many of my students will cover the walkout and subsequent rally as student journalists. Below is some of our board work.  Great to know that students aren’t as apathetic as the media leads us to believe.  Jive on! 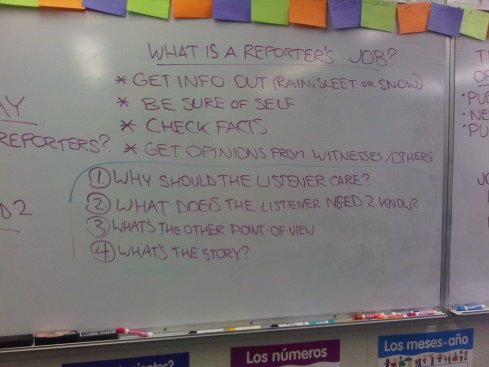 (above, pros and cons of protests)

African Art and the Modernist Eye: at the Art Institute

For my art-lovers: something to check out tomorrow evening… 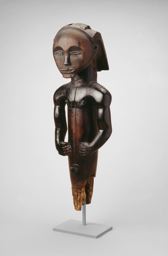 African Art and the Modernist Eye, a lecture exploring how traditional African Art was catapulted to the cutting edge of the Modern Art scene

Inspired by a modernist fascination with the “primitive,” the first half of the 20th century saw a developing aesthetic appreciation for objects from sub-Saharan Africa and elsewhere, which formerly were dismissed as mere curiosities or classified as ethnographica. In this lecture, Christa Clarke of Newark Museum considers the influence of modernism in shaping Western perceptions of African art, as reflected in exhibition display as well as the formation of institutional and private collections in the United States. 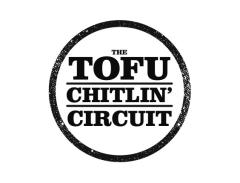 From the Tofu Chitlin Circuit: a Theater Conservatory based in Bronzeville:  A Panel Discussion featuring you…

Our October A La Carte features J. Nicole Brooks, playwright of “Fedra” at Lookingglass Theater and African-American Illusionist Walter King Jr. We’re talking about SPECTACLE. What is it? How does it work? Is it low-brow theater? Is it a cop-out to creating dramatic narratives?
We’ve asked Walter King Jr. to share his experience as an illusionist and how his “magic ” of theater creates a form of SPECTACLE. J. Nicole Brooks, company member and playwright of the highly anticipated “Fedra” at Lookingglass Theater will share in her experience with the company and their approach to creating SPECTACLE.
Join us:
Monday, October 26, 2009
The Digital Youth Network
1050 E 47th Street
Chicago, IL 60653
6:30-8:30 p.m.
Donation: $3 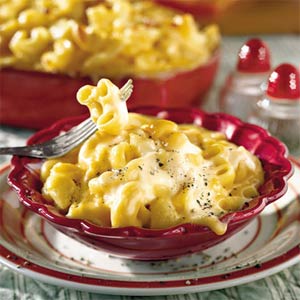 Celebrate the Day of the Dead with portoluz 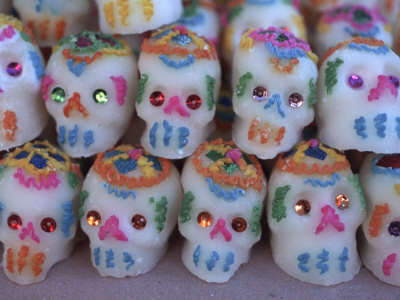 Portoluz, the music and culture organization borne out the ashes of Hothouse, presents a  community wide celebration and art-making event honoring those who’ve left us.

Help create a community ofrenda (see below), and make a calavera (or skull) to take home with you.

Music will be supplied by Jarochicanos, son jaracho youth group.

This event is family-friendly. 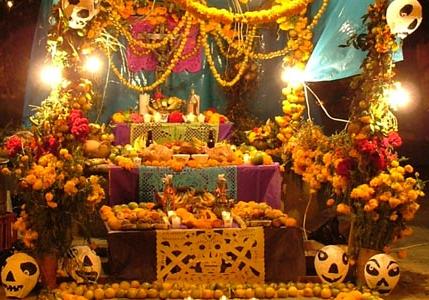 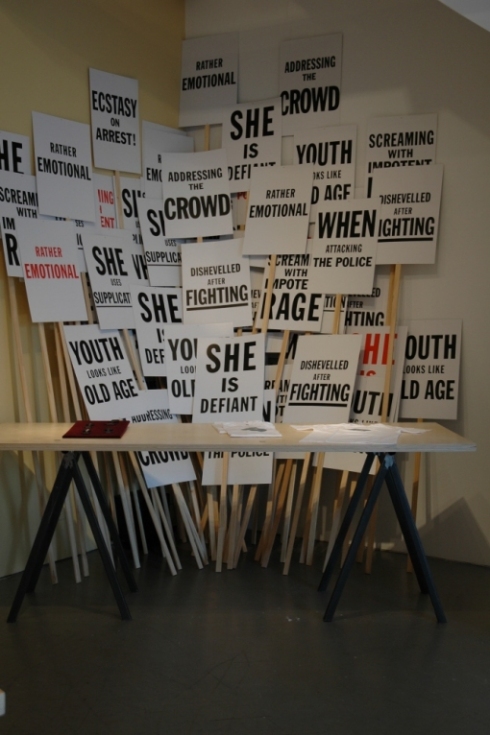 Thursday, October 1st at Bronzeville’s Little Black Pearl Art & Design Center, there will be a panel discussion focusing on the Arts scenes in these three cities (and the intersection of art and community activism).  Panelists and other participants will be in attendance at Little Black Pearl, Contemporary Art Institute of Detroit, and The Luminary Center for the Arts in Saint Louis and will be connected via skype.  Chicago Panelists include Lindsay Obermeyer, Jennifer Karmin, and friends of Darkjive: Dan Godston, Theaster Gates, and Carol Ng-He.

The event is Free and Open to the Public 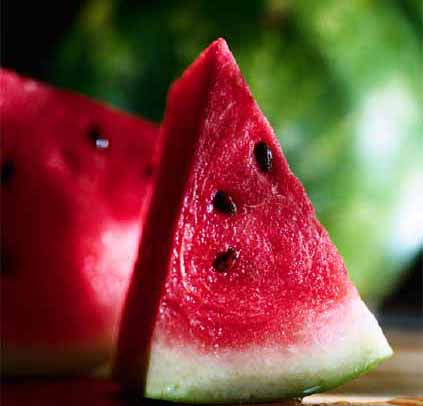 This installment explores comedy through the lens of Stand-up comics & Improv/Sketch groups. 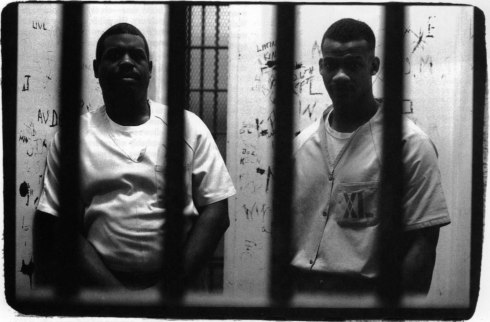 Ronnie Kitchen and Martin Reeves – both released from prison on July 7th after being incarcerated for twenty-one years for crimes they did not commit – will share their personal stories with the community at Imagine Englewood If (1854 W Garfield Blvd). This is a special Café Society event co-sponsored by the Neighborhood Writing Alliance, The Public Square, and Imagine Englewood If.

Imagine Englewood “if” is a youth center whose mission is to strengthen and empower the greater Englewood community through teaching local youth healthy living, environmental awareness and positive communication skills.

According to Ronnie Kitchen, “We are a fist–and together, we can break down a corrupt and misguided criminal justice system through the abolition of the death penalty.”

Above photo by John Sundlof

Click here for their story, as reported by Chicago Public Radio, WBEZ.