Tag Archives: Brighter Side of Darkness 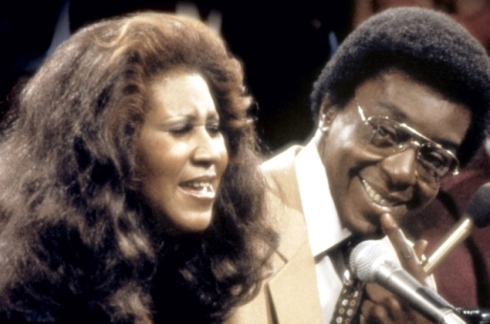 One of the most amazing things about the life of Don Cornelius (and to be clear, this post is about his life… not his death) is the trajectory of his rise to prominence as an ambassador of Soul.

Starting out as a radio journalist here on Chicago’s WVON in the early 1960s, he built important relationships with both Chicago music stars and National acts.  These relationships would prove invaluable later.

When Soul Train launched in 1970 here in Chicago, voiceover work was by Joe Cobb (another WVON radio personality), who continued to be “the voice of Soul Train” for many years along with another Chicago radio legend: Sid McCoy. Cobb was the voice that called out “Sooooooooul Train” on each episode. One more Chicago connection: the first Soul Train theme song was a funky instrumental called “Soultrain” that was by an outfit called the Ramrods; and the song that took viewers to commercial breaks was “Familiar Footsteps”, a deep, doo-wop drenched slow jam by Chicago’s Gene Chandler.

Don Cornelius later expressed regret about the second (most famous) theme song: “TSOP” by Philadelphia’s MFSB. Gamble and Huff related that they worked on the song specifically for the show, and asked Don if he had a request for the song’s title. He didn’t. The song went on to sell over a million copies.

Initially, the show aired on Channel 26 WCIU, and an early sponsor was Joe Louis Milk. For the first episode, Don Cornelius put up $400 of his own money; but he soon landed the most famous sponsor of Soul Train’s 35 year run: Johnson Products, a quintessentially Chicago Based black business behemoth, and the makers of Afro Sheen and Ultra Sheen.

The following year, the show’s production was moved out to Los Angeles, but an additional program called Soul Train Local continued to air on WCIU here in Chicago throughout the 1970s. For more on this, click here. 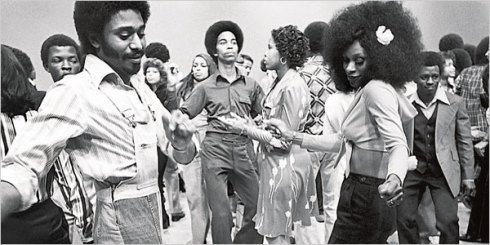 Don Cornelius was more than a television host, he was a producer and an entrepreneur who broadcast visions of Soul to Omaha, Nebraska, Hartford, Connecticut, and all points in between. Soul Train was the conduit that transmitted the music of lesser known artists (such as Chicago’s own Brighter Side of Darkness) to a much wider audience.

Once called a “time capsule” of Soul Music and Culture by Spike Lee, the show also documented beautiful intimate moments with superstars (such as the 1979 appearance of Aretha Franklin [pictured above] during which she played the piano and sang amidst a circle of fans). Another such moment with Aretha Franklin (a frequent guest on the show) involved Aretha and Smokey Robinson sitting at the piano, reflecting on their early days in Detroit. They even sang the Miracles’ classic “Ooh Baby Baby” together.

In short, Don Cornelius was a visionary who created a show unlike any before (or since). It proved that there was an audience for what was once considered an unprofitable niche market. What many didn’t realize is the ultimate impact of Don Cornelius’ creation. He made Soul a Household Name.

The Imaginations were a mid-seventies Chicago-based vocal group that rose out of the ashes of Brighter Side of Darkness (best known for “Love Jones”, their story can be found here).  In 1974-1975 they put out a flurry of singles and one album, “Good Stuff”.  I originally bought the album because I had to hear “Love Jones ’75” (which didn’t disappoint) and because a number of very strong local songwriters and arrangers were involved (Maurice Commander/Jerline Shelton, Tom Tom Washington, Benjamin Wright, Clarence Johnson, etc.). The album features a bit too much filler for my taste, but some pretty fresh cuts, as well… Including this sweet, upbeat stepper, “Sweet Mona”. Jive on!

The Eight Minutes were yet another family based kiddie soul group out of Chicago.  Oh yes, there were a bunch. For those just joining us, let’s recap:

There’s The Five Stairsteps: The Burke Family is of course best known for “Oooh Ooh Child”, but recorded a number of classy Chicago cuts on Curtis Mayfield‘s stable of labels in the sixties (some of which were penned by Mayfield himself)

By the late sixties/early seventies came a slew of others, including Brighter Side of Darkness (known for “Love Jones”) and The Eight Minutes.  Phew…..

Anyway, the Eight Minutes mainly consisted of the children of two families: the Sudduths and the Goggins, plus Juwanna Glover and Carl Monroe.  They started out in the late sixties  on the Zago/Porter family of labels here in Chicago, releasing a bunch of rare, funky, danceable cuts, including: “Here’s Some Dances” and “Ain’t got Time”.  They put out a couple more singles, both related to Perception Records out of New York, who also released a very rare LP by the group, titled “American Family”.  Even though the group had a very high level of quality in their records, they never really impacted the charts, disbanding soon after the release of their only album.

Brighter Side of Darkness: a love note.

Below, “Love Jones” by Brighter Side of Darkness, performing on Soul Train. Don’t confuse this group with the Jackson Five, as they are aren’t a family act. They were just one in a rich history of Chicago-area based Kiddie Soul groups. The nucleus of the group came from Calumet High School here in Chicago, but 12 year old Darryl Lamont was added by manager Anna Preston to give some Jacksonesque kiddie appeal. Word on the street says that two members of the group were forcibly dropped from the ensemble “for [their] reputed misbehavior” while in L.A. for the taping of the Soul Train episode excerpted below, effectively killing the star turns of the members of Brighter Side of Darkness.

A version of the group would return briefly in 1975 as “The Imaginations”, still jonesing on a cut called “Love Jones ’75” that begged, “But if you LOVE me……”   The group also resurfaced a few years later on Lennie LaCour’s Magic Touch Records under the Brighter Side of Darkness moniker for the creatively-titled Disco cash-in “Disco Ball”; but they never even inched towards the hit status of “Love Jones”.  The record was so famous, in fact, that Cheech and Chong at one point recorded a parody….called “Basketball Jones“.  Trippy as hell.