Greetings, Darkjivers. I’ve been on sort of a blog hiatus as I’ve been working on Reclaimed Soul (the broadcast radio version of Darkjive).

I’ve also been ramping up for the fall, engaged in research and digging (all too often intertwined for me). But let me be the first to tell you: feel-good events, new content, and generally more good stuff is in store.

In the meantime, Jive on!

Brighter Side of Darkness: a love note.

Below, “Love Jones” by Brighter Side of Darkness, performing on Soul Train. Don’t confuse this group with the Jackson Five, as they are aren’t a family act. They were just one in a rich history of Chicago-area based Kiddie Soul groups. The nucleus of the group came from Calumet High School here in Chicago, but 12 year old Darryl Lamont was added by manager Anna Preston to give some Jacksonesque kiddie appeal. Word on the street says that two members of the group were forcibly dropped from the ensemble “for [their] reputed misbehavior” while in L.A. for the taping of the Soul Train episode excerpted below, effectively killing the star turns of the members of Brighter Side of Darkness. 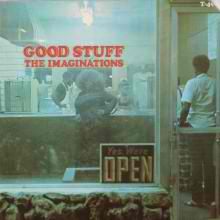 A version of the group would return briefly in 1975 as “The Imaginations”, still jonesing on a cut called “Love Jones ’75” that begged, “But if you LOVE me……”   The group also resurfaced a few years later on Lennie LaCour’s Magic Touch Records under the Brighter Side of Darkness moniker for the creatively-titled Disco cash-in “Disco Ball”; but they never even inched towards the hit status of “Love Jones”.  The record was so famous, in fact, that Cheech and Chong at one point recorded a parody….called “Basketball Jones“.  Trippy as hell. 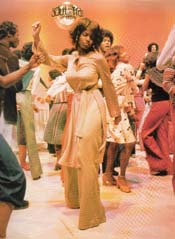 The get down is about to go down again.  Old Soul 45’s spun with love at the Morseland.  Selections by me (DJ Ayana) and Gaucho.  Join us this Thursday December 10 starting at 9:30pm.  No Cover.  The Morseland is located at  1218 West Morse in Chicago (just blocks from Sheridan). Here’s a sample of some of the proudly local grooves we’ll feature….”Get Down” by Curtis Mayfield.