Have you tuned into Reclaimed Soul lately? Newcity apparently has….. 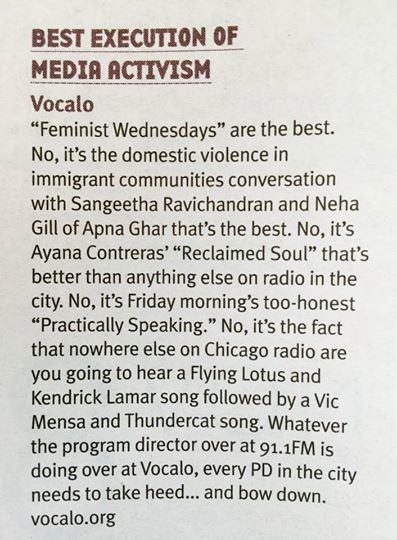 Media activism is exactly the right phrase for what we aim to do. Jive on.

Chicago is known worldwide for its electrified Delta Blues. Chicago’s also known for its sweet Soul Music. And during the 1960s, those musical traditions combined at Four Brothers, a tiny record label based at a famous West Side Chicago record shop called Barney’s One-Stop. This podcast features  some of the hip, soul-flavored blues from the Four Brothers label. Plus, we hear soulful blues from all corners of the city.

A bit about 4 Brothers:

The label existed from 1965 through 1967. Its sister label was Bright Star.
Willie Barney, Jack Daniels (A&R / Production), Granville White were the principal “brothers”. The fourth “brother” might have been Harold Burrage (or maybe someone with business interests that preferred not to be named dot-dot-dot.)

In the late 1960s, Jack Daniels, along with Johnny Moore (another 4 Brothers/Bright Star associated artist and writer) cut a number of hard hitting soul records. In fact, Jack Daniels co-wrote Tyrone Davis’ blockbuster soul record “Turn Back the Hands of Time”. Tyrone Davis had recorded for 4 Brothers under the name Tyrone the Wonder Boy.

For fresh episodes of Reclaimed Soul, listen in Thursdays at 8pm CST on vocalo.org, or tune in to 89.5fm (NW Indy) and 90.7fm (CHI)

The Jazz-Soul of Chess Records

Chicago’s Chess Records may be best known for its blues artists such as Howlin Wolf, Muddy Waters, and Little Walter. But in the 1960s, they also had a wealth of hip Jazz and Soul artists, many of whom recorded for Chess’ Cadet subsidiary. On this installment of Reclaimed Soul, host Ayana Contreras featured the Jazz-Soul side of Chess, with music from artists including Clea Bradford, The Dells, McKinley Mitchell, Dorothy Ashby, Ahmad Jamal, The Soulful Strings, and much more.

Catch fresh installments of Reclaimed Soul Thursdays at 8pm (CST) on vocalo.org or over the air in Chicagoland on 89.5fm (NWI) and 90.7fm (CHI)

Many Chicagoans know Merri Dee as a personality on WGN-TV; but her roots on Chicago Radio are undeniable. She hosted a popular program in the late 60s and early 70s on WBEE (a station out of Harvey). The above ad for her show, “The Merri Dee Magic Sound” ran in the Woodlawn Booster back in 1970.

About a year after this ad was published,  A stalker shot Ms. Dee multiple times and left her for dead. She ultimately recovered, and went on to spend nearly 4 decades at WGN.

Merri Dee is an amazing woman who has overcome the odds (including abuse and attempted murder) to be a beacon of light, a trailblazer, and a role model for women of color… especially those (like me) who work in media here in Chicago.

Ms. Dee will be the featured guest on Vocalo‘s Barber Shop Show (which airs live from Carter’s Barber Shop  in Chicago’s North Lawndale neighborhood). She will talk about her life, and her newly published memoir, titled “Merri Dee, Life Lessons on Faith, Forgiveness & Grace”.

The Barber Shop Show is hosted by WBEZ’s Richard Steele, and streams on http://vocalo.org Fridays at Noon. On-air, Chicago listeners can tune into 89.5fm or 90.7fm. Tune in tomorrow (June 28th) at Noon for her riveting story.

UPDATE: In case you missed the show, you can hear the archived version here: 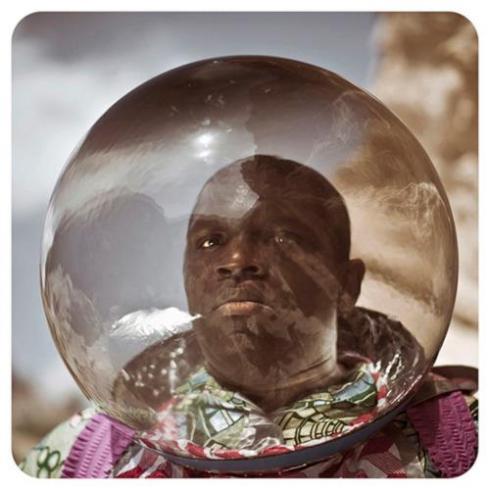 Sunday, May 19 at 6pm
Black Cinema House
6901 S. Dorchester Ave.
Seating is limited, so please RSVP by emailing blackcinemahouse@rebuild-foundation.org to reserve your seats.

In 1964, still living the dream of their recently gained independence, Zambia started a space program that would put the first African on the moon, catching up with the USA and the Soviet Union in the space race. That was the true story that inspired De Middel’s short film and photography series, both titled “Afronauts”.

We will hear their discussion on tonight’s episode of Reclaimed Soul, plus a pulsating rhythmic gumbo of futuristic African music from the 1970s & 1980s, and plenty of good old fashioned soul (all spun on wax).

Opera-Matic’s New Moon on the Lagoon 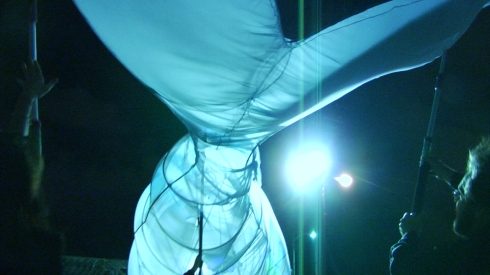 In this audio piece, I eavesdrop on rehearsals for Opera-matic’s very cool New Moon on the Lagoon, an “evening lullaby parade”, featuring a 15 foot tall giant moon that will be lit up from within by projections of facial expressions.

It’ll be happening Friday May 10th and 11th, 2013 at the Humboldt Park Lagoon in Chicago. For more info, visit: opera-matic.org/upcoming-events/

Greetings, Darkjivers. I’ve been on sort of a blog hiatus as I’ve been working on Reclaimed Soul (the broadcast radio version of Darkjive).

I’ve also been ramping up for the fall, engaged in research and digging (all too often intertwined for me). But let me be the first to tell you: feel-good events, new content, and generally more good stuff is in store.

In the meantime, Jive on!

from the Stop Smiling Blog….

A Pugilist’s Pardon, Once Unforgivable

It’s Jack Johnson, 1 — Scooter Libby, zero. Senator John McCain delivers some straight talk we can believe in with the announcement this week that he is seeking a presidential pardon for the late Jack Johnson, the nation’s first black heavyweight boxing champion, who he “feels was wronged by a 1913 conviction of violating the Mann Act by having a consensual relationship with a white woman” (read more about the story at AP); STOP SMILING featured Johnson on the cover of our Boxing Issue back in 2005, timing with the release of Ken Burn’s extraordinary documentary Unforgivable Blackness: The Rise and Fall of Jack Johnson. The final bell will be rung by President Obama.

Really? What’s McCain’s motivation? I remember an audio piece produced by my friend Kabuika for Vocalo.org in which an eleven year old kid asks Black Journalists if they think McCain is afraid of Black People (after McCain declined an invite to a Conference of Black Journalists in 2008).

So, what is McCain’s Motivation for pushing to pardon somebody who’s been dead sixty-0dd years?  Like the classic Tootsie Pop commercial, the world may never know…