The Jazz-Soul of Chess Records

Chicago’s Chess Records may be best known for its blues artists such as Howlin Wolf, Muddy Waters, and Little Walter. But in the 1960s, they also had a wealth of hip Jazz and Soul artists, many of whom recorded for Chess’ Cadet subsidiary. On this installment of Reclaimed Soul, host Ayana Contreras featured the Jazz-Soul side of Chess, with music from artists including Clea Bradford, The Dells, McKinley Mitchell, Dorothy Ashby, Ahmad Jamal, The Soulful Strings, and much more.

Catch fresh installments of Reclaimed Soul Thursdays at 8pm (CST) on vocalo.org or over the air in Chicagoland on 89.5fm (NWI) and 90.7fm (CHI) 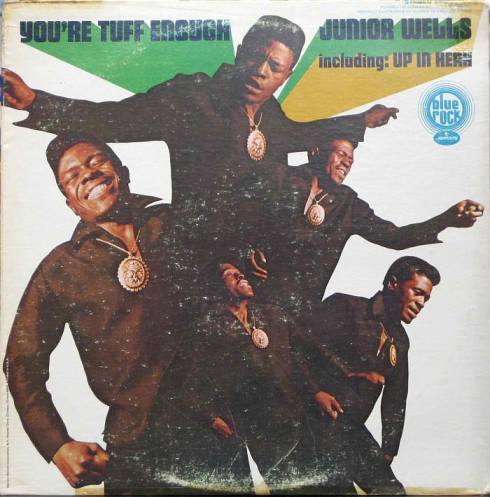 Reclaimed Soul’s host, Ayana Contreras, is perhaps best known for spinning classic Chicago Soul records, but on Tuesday, October 2nd, she plans to mix it up and play cuts from the trippier and (even) grittier side of her Chicago Music collection. She will also feature what she likes to call the “Rock Hand Side of things”: artists like Rotary Connection (pictured above), Hudsen Bay Company, New Colony Six, Howlin Wolf, Young Turks, Elmore James, Spanky and Our Gang, Lost Generation, Magic Sam, Five Stairsteps, The Family, Shadows of Knight, The Buckinghams, John Klemmer, Bobby Rush, Little Milton, Junior Wells, Aesops Fables, Baby Huey and the Babysitters, Syl Johnson, and much much more will be on deck. Of course, all will be spun on vinyl.

Howlin’ Wolf: getting in the mood with a psychedelic “Spoonful” 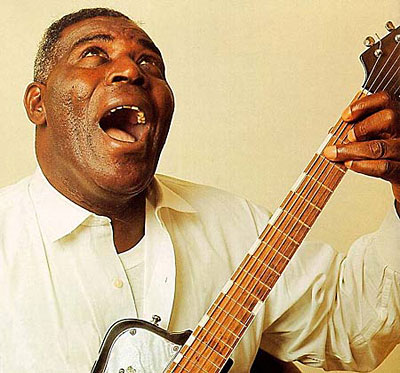 An absolutely beastly rendition of Howlin’ Wolf’s “Spoonful” by… Howlin’ Wolf. I feel like playing this cut tomorrow night.‘

Part of a push at Chess Records in the late 1960s (spearheaded by Gene Barge and Marshall Chess) to rerecord both Howlin’ Wolf and Muddy Waters in the then contemporary Psychedelic Blues style featuring awe-inspiring session work by Morris Jennings, Phil Upchurch, and more. Read more about this groovy situation here.

“Evil”.  A fundamental Howlin Wolf record, created here in Chicago, back in the 1950s.  A platter of standard electrified Delta Blues.  Now, add Marshall Chess (son of Chess Records’ Leonard Chess), the turbulent and psychedelic 1960s, and some of the best jazz, funk, and soul studio players in the city.  Remake and enjoy.

Well that’s not exactly true.  Howlin Wolf (above) didn’t like the remake.  Actually, the first album of such remakes, released on Chess Records’ Cadet Concept label was called:

‘This is Howlin’ Wolf’s
new album.
He doesn’t like it.
He didn’t like his electric
guitar at first either.’

The album, the brainchild of Marshall Chess, was a product of the times.  In the sixties, white rock groups from America and the UK were gangstering Chicago Blues records.  They remade them nearly word for word and listed themselves as artists, thus robbing originators like Howlin Wolf  and Muddy Waters out of royalties.  Chess decided to re-record the artists performing their own compositions in a then-contemporary psychedelic blues style.  The albums were panned by purist critics, the same critics that called white psychedelic blues artists like Cream “visionary”.

But, I like it.  And I hope you do, too.  For info on Muddy Waters’  psychedelic blues remakes, click here.

The late sixties in Chicago was a wild time.  The Democratic National Convention and the Riots in 1968 labeled us as unruly, Serial Killer Richard Speck in 1966 labeled us as unsafe, and Martin Luther King, Jr.,  (marching in North Lawndale for equal housing in 1966), labeled us as a place that “The people of Mississippi ought to come to….to learn how to hate”. And yet we created such sweet music…

Roaring blues, sophisticated jazz, gritty garage rock, smoothed out vocal pop, and shimmering soul (among other genres) all “jus grew” here.  Chess Records (based near 22nd and Michigan) was, in fact, the epicenter of the Electrified Delta Blues that changed the sound of popular American music FOREVER.  That was the music that served as rock-and-roll’s bassinet.  So it was no surprise that Chess Records, nearing the end of the 1960s and reinvigorated with fresh young talent (producer/arranger Charles Stepney, drummer Morris Jennings, and guitarist Phil Upchurch among them), decided to have their living legend artists (i.e. Muddy Waters and Howling Wolf) re-record their groundbreaking 1950s work in an updated funky psychedelic blues style.

White psychedelic rock artists had been ripping off their artists’ work for years.  Now they were, in effect, reworking their own art.  Muddy and Wolf weren’t feeling it.  Critics of the day panned the works. Yet, today, the albums born out of this time (including “Electric Mud”) have an almost cultish following.  Produced by Marshall Chess and the legendary Gene Barge, this body of work is just another example of good old Chicago invention….. For a sample of Howlin Wolf’s psychedelic blues tryst, click here.