The Early Editions: Swinging Soul and Afro-Pop from the Windy City.

“People Try” b/w “What is Wrong With Grovin'” is  a hip little record from about 1968 by the Early Editions. It’s a Chicago record, crafted by James Mack on the Aries label, but not much else is known about the group itself.

UPDATE: I found out from Theresa Davis (a one-time member of The Emotions, and an amazing session and solo  vocalist, as well) that the group consisted of three of her sisters and one of her cousins. Below is an image of the group. 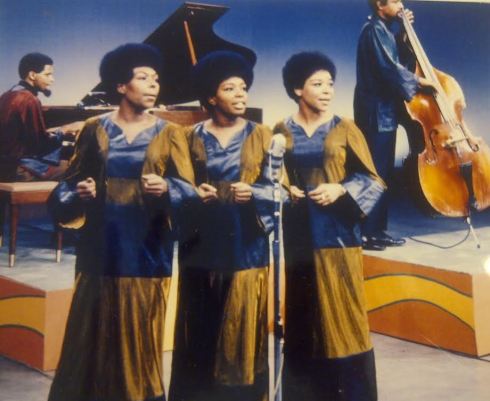 Anyway, both sides of this record are pretty great. give a listen to snippets from both sides below. “People Try” is a peppy-yet-hip bossa nova romp, while “What is Wrong With Grovin'” is a cover of an afro-pop record by Hugh “Grazin in the Grass” Masekela.

Chicago was testing the waters as a “world city” via music, apparently.

First off, I LOVE this record.  A little back story: “Hey, It’s Over” by Windy City is a record that came out in 1974 on local Innovation II records, later issued on Warner Bros.  Produced by Willie “Mr. Brunswick”* Henderson and Arranged by James “The Soul Educator” Mack*, it has a great shuffly, brassy, breezy sound that fits the group’s name perfectly.  And, the jangly guitar and crisp high-hat make me smile.  Not on Windy City’s only album (pictured below [and also recommended]), it’s pretty rare.

I bought the record in an online auction lot with about a hundred other 45s five years ago, spending what wound up to be about a dollar per record.  At the time I was a college student, and for me it was a BIG investment.  The records were not packed very well, and so my b-side (“If by Chance”) has an annoying click on it.

I went online to see if I could find a replacement and I got quite a shock.  Apparently the record got hot recently (probably in Europe), because today “Hey It’s Over” alone is selling for the price I paid for the whole lot.  One of the few times in which a very rare record is also very well produced.

*Willie Henderson produced dozens of spectacular sides for Brunswick Records; While James Mack not only arranged beautifully himself, he taught a whole generation of the city’s best arrangers (including Tom Tom Washington). 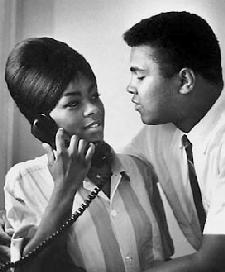 Here in Chicago (back in the mid-60s), Cassius was flirting with the Black Muslims, superstardom and love (with a local singer named Sonji)…. According to Ali’s one-time doctor, Ferdie Pacheco, “[Ali’s first Wife,] Sonji was a pert, very pretty gal. She had a sister who was even better than her, with an outrageous Anita Ekberg body to go with her face. But she was too much woman for the boy-wonder Clay. He was still looking for a high-school romance. Kissing and petting, going to the movies and eating ice cream.” They were married in 1964, 41 days after they met.  By January 1966, they were divorced.  In a 2003 Observer Sport Monthly article, Pacheco continues, “As Ali went to the temple, and as his enchantment with [her] waned, Sonji saw the handwriting on the wall. She was in no place to make deals and demands with the Muslim muscle offering a harsher and more ‘permanent’ deal. Sonji split, with some cash, her jewels – and her life”.

But it was a wild (if short) ride for the nightclub singer and the boxer-who-would-be-king.

Below, Sonji Clay’s version of “I Can’t Wait Until I See My Baby’s Face”, a local Chicago cut. It’s a mid-sixties sweetheart of a record arranged by the mighty, mighty James Mack. Swoon….