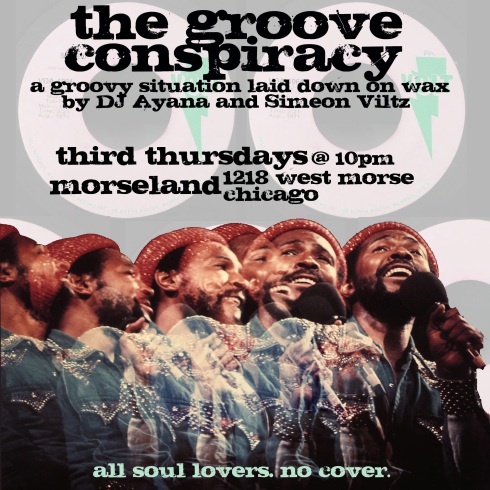 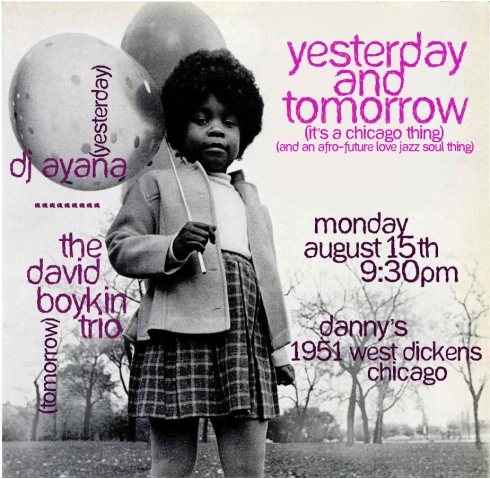 Below, one of the great Chicago recordings that I’ll feature.

check out a bit of David’s work below.

I Just Want to Be Loved: Lee Charles breaks it all the way down. 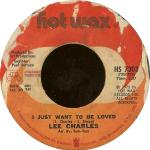 Wow. What a little stunner. I played this 1973 cut during my second set at Morseland this past Thursday. Such a quality Chicago cut.  Arranged by the mighty, mighty Tom Tom Washington (who later worked with the likes of Earth, Wind, & Fire), this was co-written by Lee Charles with Lowrell Simon [from the group The Lost Generation (famous for the hit “Sly, Slick, & Wicked”), and, later, Lowrell (famous for “Mellow, Mellow, Right On”)].
Lee Charles also wrote songs for Jerry Butler’s famous Workshop in the early 70’S. Beautiful early appearance of some spacey Moog sounds and some solid truth.

Curtis Mayfield wanted to get a little bit. 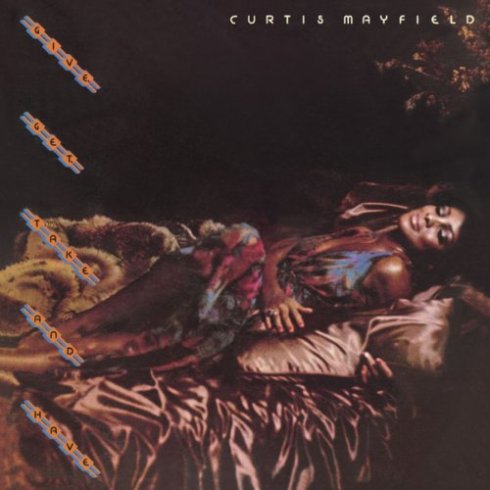 This 1976 record by Chicago’s own Curtis Mayfield used to be a favorite spin in my College Radio days.   It’s been back on my radar in recent days. “Give a little bit, Get a little bit, Take a little bit” picks up on the theme of the classic “Give Me Your Love” with an offer for a more even exchange. Very lean groove, yet it somehow still has a whole bunch going on (check the masterful guitar work). Jive on! 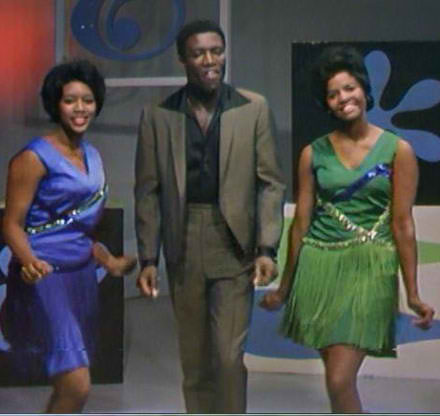 Vocalist Chuck Bernard (left, 1966) was born in Indianola, Mississippi and bred in St. Louis. He was able to lay down a series of cuts with a ton of great songwriting teams that kicked around Chicago (in addition to the legendary team of Bridges-Knight-Eaton who worked with a handful of Chicago artists though they were Detroit-based).
Chuck is perhaps best known for his cuts “Wasted” and “Indian Giver” (moderate hits of the time), but he released a number of valiant rare soul efforts well into the seventies on labels such as Monk Higgins’ St. Lawrence, Ric Williams’ Zodiac, and eventually Brunswick.

Above, “Bessie Girl”, an example of Bridges-Knight-Eaton Dramatic Soul from 1969. Below, “The Other Side of My Mind”, a slice of groove with a psychedelic flavor that just may surprise you. Jive On.

Just Because I Really Love You: evolution of a groove. 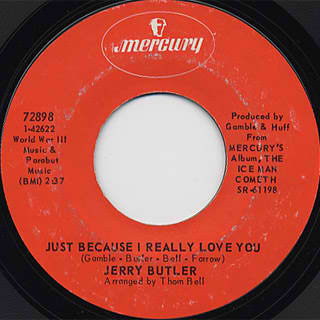 Below is a record of his that I’ve been getting into lately, “Just Because I Really Love You” by Jerry Butler, circa 1969.   This cut is super smooth and a great example of Jerry’s work on Chicago’s own Mercury Records with Philly greats like Thom Bell and Gamble & Huff (especially the cheeky background vocal at the top).  It’s the flip side of the hit record “Only the Strong Survive”.  It’s also the type of swoon-inducing record made for basement blue light parties.

The record was sampled by J Dilla for “U-Love” on 2006’s Donuts (and in 2002 by French hip-hoppers Hocus Pocus for “Conscient”.

The song was also recently covered (very sweetly, I might add) by Miles Bonny X the Ins. Jive on! 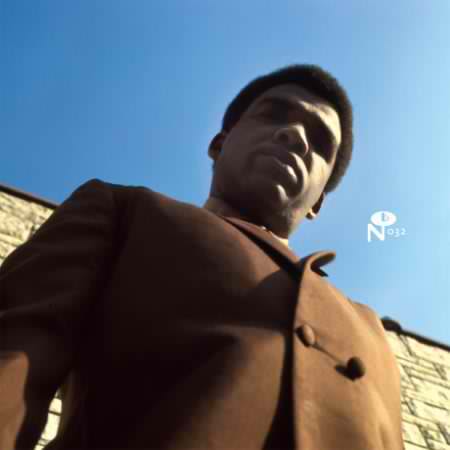 you know you love it.  Syl Johnson was a staple at local clubs here in Chicago in the 60s and 70s and this record can still get a crowd moving.  This song is famous, arguably, because it’s been sampled so many times; but it is actually the follow up to Syl’s Monster-of-a-hit from 1967, “Sock it To Me” (which fared much better on the local charts).

I like the effects and psychedelic touches on this, as well.  If you dig this, too, check out Syl Johnson’s complete anthology, “Complete Mythology” released by local Numero Group (and pictured ).

The Mighty Mighty Dells: i miss you. 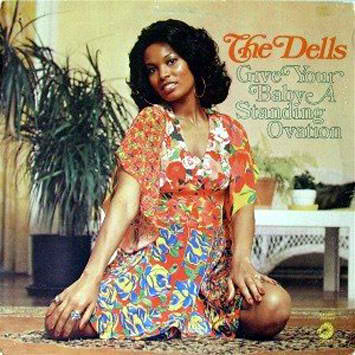 I love the Dells.  Formed in 1952, their career is simply epic.  But my favorite period for them was ushered in with Charles Stepney.  Unfortunately, as Chess Records (their label from the mid-sixties till the mid-seventies) crumbled, their hits (which include “There Is”, “Stay in my Corner”, “The Love We Had Stays on My Mind”, “Oh What a Night” and more) were harder to come by.

By 1973, The Dells, still at Cadet Records (a Chess Subsidiary), were recording work with a Detroit/Memphis lean.  Tony Hester, who came from Detroit to Memphis, wrote and produced The Dramatics’ biggest album (“Whatcha See is Whatcha Get”) and subsequent Dramatics outings.  Don Davis is a legend, producing for various Detroit acts (some of which, like Darrell Banks, were released on Memphis’ Volt Records), and ultimately working throughout the world of Soul.

With such a team behind them, The Dells (with lusciously gruff Marvin Junior on Baritone Lead) couldn’t help but come up with this gold.  Jive on! 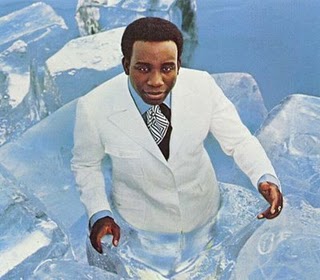 Here’s a follow up to yesterday’s Jerry “The Ice Man” Butler post.  Below, 1969’s “Walking Around in Teardrops”.

Before Harold Melvin & the Blue Notes and the O’Jays hit the soul stratosphere, there was the late sixties Philly/Chicago fusion that was Gamble/Huff/Martin/Bell/Butler.  Always one to use his starpower to help up-and-comers in the Music Business craft their talents, Jerry Butler proved to be an early Hitmaker for the producing/songwriting team of Gamble & Huff, producer/arranger Thom Bell, and for producer/arranger Bobby Martin (orchestrators of the Philly Sound in the decade that was to come).

A B-Side gem, I love the hypnotic vibe of “Teardrops”, coupled with the electric sitar and trippy female back-up vocals.  Co-written by Jerry Butler, this cut was arranged by Thom Bell, then riding high of a string of hits (including “La-La (Means I Love You)” and “Didn’t I (Blow Your Mind This Time)“) that he had written and produced for the Delfonics. 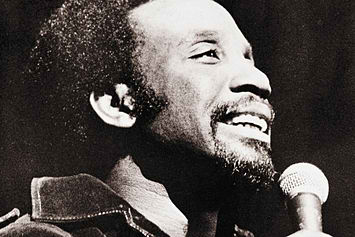 Recently, I found an interesting article in the August 22, 1970 issue of Billboard.  Written by Jerry Butler, the piece (entitled “Black Music is Getting Intellectually Involved”) asserts that soul artists were on the road to creating music with greater artistic freedom (i.e. Stevie Wonder, Donny Hathaway, Sly Stone, Marvin Gaye).  This is something Jerry used his star power to foster here in Chicago with his “Workshop” for up-and-coming artists).  He touched on the idea that soul music was evolving past the earthy physicality that bore it, and into a more socially conscious realm (without letting go of its nature).  I love his insight.   He went on to say,