“Achy Obejas writes like an angel: flush with power, vision and hope … one of the Caribbean’s most important writers.”

Junot Diaz, author of Drown, and The Brief Wondrous Life of Oscar Wao

Achy Obejas, author of “We Came All the Way From Cuba So You Could Dress Like This?” and “Memory Mambo” (stories of Cuban Americans in 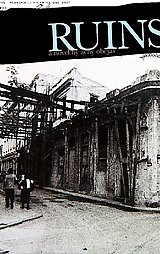 Chicago), spins disjointed dreams into tangible things through her poetry and prose. And come this month, the Chicagoan has released another book of dreams, entitled “Ruins”.  “Ruins”, set to be released on the 50th anniversary of the Cuban Revolution, bears echoes of Hemingway’s “Old Man and the Sea” reset during the “special period” in Cuba.  The main character is “Usnavy”, a dig on the American military’s longsuffering relationship with Cubans.  A Pulitzer-Prize winning journalist, Obejas feels she will eventually leave Chicago to settle permanently into Cuba (she left with her family when she was six).  She recently told Cafe Magazine, “I live in Chicago, with an ever-diminishing Cuban-American community and far from the Miami epicenter. I am much more interested in being a part of a post-revolutionary Cuba than the diasporic community, which will most likely follow historical pattern and be absorbed into the U.S. mainstream as another immigrant (no longer exile) community.” for more on Obejas and “Ruins”, click here.

i love the transportive powers of sound. i am a radio host/producer, DJ, Sound designer, 45rpm collector, and art lover living in the city of wind. END_OF_DOCUMENT_TOKEN_TO_BE_REPLACED
This entry was posted on Thursday, February 26th, 2009 at 10:30 am and tagged with Achy Obejas, books, Cuban, Cuban Literature, Latino Literature, Printed Matters, writing and posted in Arts & Culture, Book Reviews, Books, Printed Matters. You can follow any responses to this entry through the RSS 2.0 feed.
« Random Chicago people dancing
Perfect Angel: minnie riperton stayed in love. »