Jo Armstead: a giant among men. 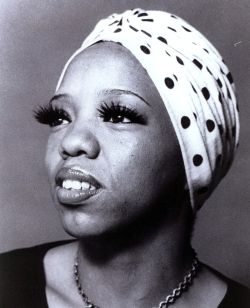 Jo Armstead is a Mississippi-bred firecracker vocalist who is also a dynamite songwriter (a field dominated by men). She told SoulMotion.co.uk:

“By the time I was in my teens, I was sneaking out to cafes, juke joints, and dances on Saturday nights. Blues man Bobby ‘Blue’ Bland gave me my first opportunity to sing with a band…”

“The amplified sound of the guitar, bass, drums and piano with the horn section blasting away made the tiny nightclub atmosphere infectious. I remember a hot sticky night and my body dripped with sweat. I gave it my all and it was an intimate, hypnotic and totally exhausting experience”.

She joined the Ikettes in 1961, and wound up in New York a few years later, working in a songwriting trio with Nick Ashford and Valarie Simpson. The team split up in the mid-sixties, with Nick and Val going to Motown and Jo arriving in Chicago.

Her first songwriting success in Chicago was “Casanova (Your Playing 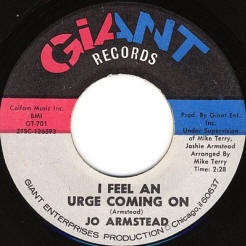 Days are Over)” for Ruby Andrews in 1967 (a HUGE record here in Chicago that year). By then married to Mel Collins, the two ventured into a record label that almost exclusively featured her compositions, Giant Records, as well as the offshoots Gamma and Globe.

A number of releases on Giant also featured Jo Armstead’s sassy soprano vocals, including “I’ve Been Turned On” and “There’s Not Too Many More Left Like Him” [below].

Many of her compositions were recorded featuring a trademark rollicking, melodic, string-laden stepper groove that has aged quite well. Most arrangements were collaborative efforts between Armstead and Detroit’s own Mike Terry.

During her time in Chicago, she also wrote or co-wrote hits for Carl Carlton (“Drop By my Place”, and “Two Timer [above]), Garland Green (“Jealous Kinda Fella” [click here for more on Mr. Green]), and herself (“Stone Cold Lover”).  But, by 1969, her marriage was on the skids and she was bound for New York again. But, during her time in Chicago, she was indeed a giant among men. Jive on… 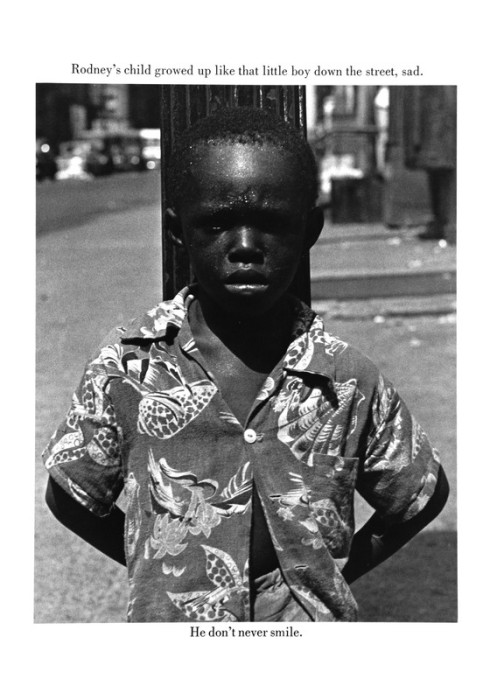 Picture it.  It’s the mid 1990s, I’m in high school, late for the morning bus, desperate for something to read during my lengthy commute.  On my Grandmother’s disheveled porch, I find a slightly sunfaded paperback.  The book is Sweet Flypaper of Life, with text by Langston Hughes and photography by Roy DeCarava (originally published in 1955).  I toss it in my backpack, completely unaware that:

1. My life would never be the same… I would see the world differently from that day on.

2. That paperback was (at the time) thirty years old and worth nearly 100 bucks.  I would only discover its value when I attempted in college to upgrade for a hardcover.  Apparently, it’s an exceptionally rare book.  And I threw it in my backpack.  Did I mention it rained that day?

Essentially, the Sweet Flypaper is written from the vantage point of an older woman named Sister Mary Bradley, who’s a fixture in her Harlem community.  The Langston Hughes’ text is accompanied by photos by Roy DeCarava. In the text, the woman introduces us to each person in her world, as conceived by Hughes as a means to tie together a series of DeCarava’s intimate, moody photographs.  We’re let in on the subjects’ struggles as well as the hard-fought victories in their lives. 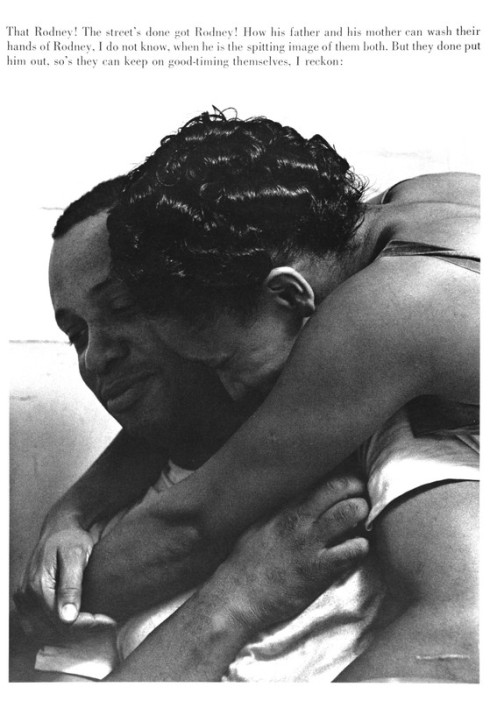 How I love this book.  It captures a time on the cusp of the Civil Rights Era: a time steeped in the Electrified Delta Blues, in Joe Louis Fights, in sedans with gleaming chrome portholes, in Dinah Washington and Sarah Vaughan, in Miller High Life, in the smell of Dixie Peach pomade.  It captures something so timeless that it stays with you…. always.  I recommend you discover a copy of your own, but until you do, enjoy the pages I reproduced here for you. Jive on! 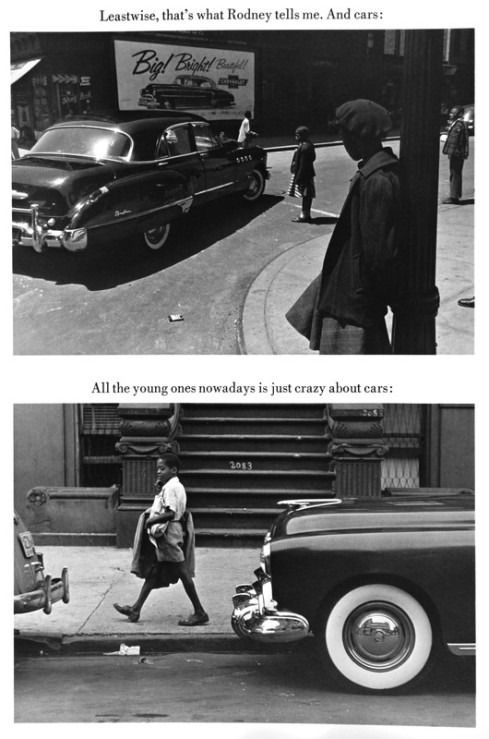